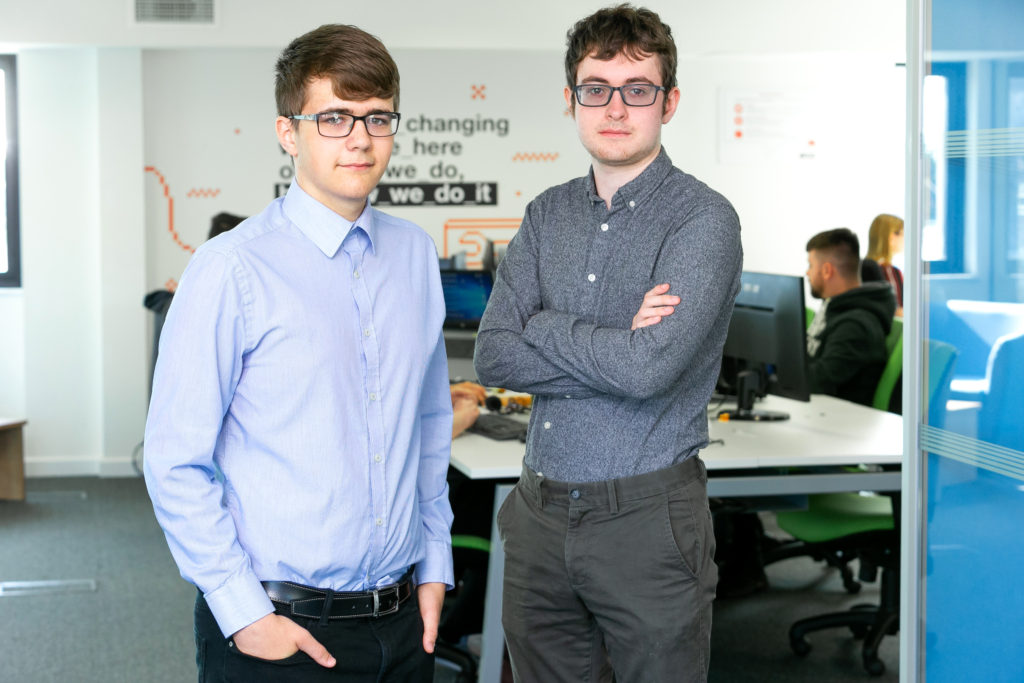 Two former students from Ron Dearing UTC are forging ahead in digital apprenticeship roles at the UK’s leading safety company.

Hull-based Arco, one of the employer-led school’s Major Partners, has recruited Josh Thorpe as a Cyber Security Apprentice and Jay Richards as a Systems Developer Apprentice.

Josh, 18, who achieved a Distinction* and Distinction in his Computing technical qualifications at Ron Dearing UTC, as well as a Merit in Creative Digital, said the school had prepared him for his new role helping to keep Arco’s digital systems secure.

He said: “I hope to learn how big businesses defend themselves against security threats and what methods can be used to keep track of everything to make sure it’s secure.

“Ron Dearing UTC has prepared me for this because it’s more practical-based learning. Everything you learn is relevant to the workplace.”

Jay, also 18, who achieved three Distinctions in Computing, said he was already working on a digital programme to boost Arco’s efficiency.

He said: “I’m making a programme which can help some of the team leaders add information into a spreadsheet automatically, without having to do it by hand.

“Ron Dearing UTC helped me to put what I know into practice and adapt that for Arco. I’m really looking forward to the future at Arco and seeing where it takes me.” 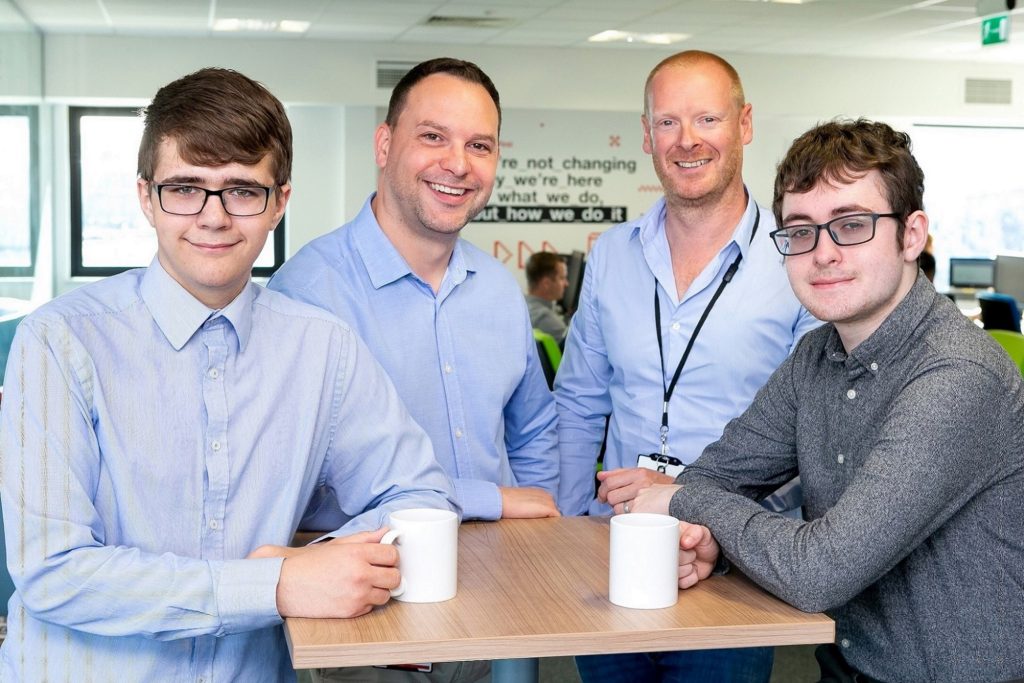 Dan Spurgeon, Head of IT at Arco, said: “During Josh’s second day here, he attended meetings with us about e-mail phishing, adding his own fresh ideas. I don’t think we would have got that from someone who had years of industry moulding.

“We’re always keen to fit people into our culture and both Josh and Jay have been on our ‘Arco Experience’, which has helped them understand how the business was founded and has grown and how we work as a collective. They’re both integrating really well.”

Richard Martin, Digital Director at Arco, who is also a Governor at Ron Dearing UTC, said Ron Dearing UTC provided a different approach to learning, preparing students to fit into the world of work rapidly.

He said: “It’s a completely unique way of schooling which fills a gap that has been missing in education for a long time. The hope is those who come to us as apprentices have spent so much time with us already that they hit the ground running.

“They come with bags of enthusiasm and they’re ready to crack on. They are treated as adults at school, rather than children, and as a result we’re getting people with an adult attitude.”

Ron Dearing UTC is inviting students who want to join the school in Year 10 or Year 12 in September 2020 to attend the next Open Event on Thursday, November 7. Attendees will be able to have a look around the school, meet current and former students, speak to staff and take part in various workshops.

To register for the event, which runs from 6pm to 8pm, or to apply to join the school, click here.