Ron Dearing UTC has hosted a visit by the Chancellor of the University of Hull and former Cabinet minister Baroness Bottomley.

The former Health Secretary and National Heritage Secretary visited the school to meet students and tour our amazing facilities. 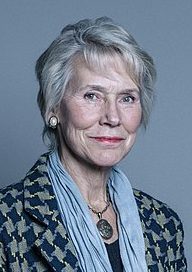 Baroness Bottomley is a proactive advocate of technical and vocational education and was a close friend of Lord Ron Dearing, after whom the school is named.  She is also a friend of Lord Baker, Chairman of the Baker Dearing Educational Trust which champions the UTC movement.

Baroness Bottomley recently participated in a debate in the House of Lords when she spoke passionately about the huge benefits of technical education and named Ron Dearing UTC as an example of good practice.

In her speech, Baroness Bottomley described Ron Dearing UTC as a “most remarkable success”, with the support and active involvement of leading businesses a vital element.

“There is strong local business investment and involvement and the business leaders provide time and resources,” she told the House of Lords. “The curriculum is not just intended to get someone a job but is much broader, developing the whole person – and this is only the beginning.”

A link to the transcript of the debate can be found here.

Ron Dearing UTC Principal Sarah Pashley said: “It was a pleasure and a great honour to host Baroness Bottomley’s visit.  She was extremely impressed by our students, who all spoke articulately and enthusiastically about their experience of Ron Dearing UTC and how they feel it is helping them to prepare for carers in the engineering, tech and creative industries.”

The University of Hull is a Founding Partner and Lead Educational Partner of Ron Dearing UTC and Baroness Bottomley’s visit is the latest recognition of Ron Dearing UTC’s reputation as a leader in employer-led education.