A Year 11 student has become the first from Ron Dearing UTC to be invited to a national summer school for the UK’s elite young mathematicians.

Kelham Hillier, 16, was one of about 40 students to take on this year’s Intermediate Mathematical Challenge in school, with an ambition to progress into further rounds of the national competition.

The initial challenge was a 60-minute, multiple-choice competition designed to make students across the UK think, encouraging mathematical reasoning, precision of thought and fluency in using basic mathematical techniques to solve problems – all without the use of a calculator. It was taken under exam conditions and the results were marked externally. 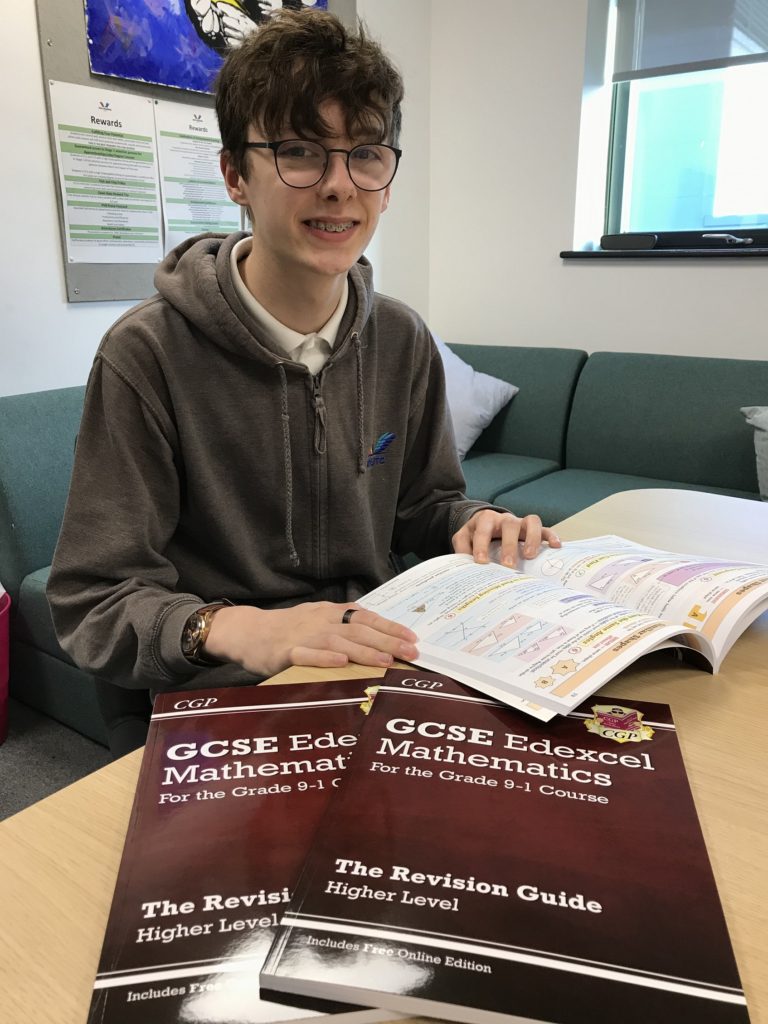 Although Kelham was one of five students to receive the top gold award and progress into the next round of the challenge, he has now become the only student – and the first ever from Ron Dearing UTC – to be offered a place at the summer school following his outstanding performance.

He is one of just 48 students nationally to receive an invitation and is among the top 1.5% of those who entered the challenge across the country.

Kelham said: “I didn’t expect to get to this point and I’m really happy and overwhelmed. I would like to go into a career involving maths, as I love problem-solving and getting to the root of something.

“It’s nice and gratifying to know I’m one of the best in this subject. I’m looking forward to meeting other people at the summer school and being able to push maths as far as I can while learning new things.”

Organised by the United Kingdom Mathematics Trust (UKMT), the summer school is one of four planned to take place in July and August, with the 57th event to be held at Woodhouse Grove School, in Leeds, from July 26 to 31. It will be led by experienced educators, who are enthusiastic mathematicians and UKMT charity volunteers.

Kelham is no stranger to success after claiming six awards at our annual Celebration of Achievement Evening last year, including the University of Hull Award for Academic Excellence.

Lisa Regan, our Lead Practitioner, said: “We are thrilled to have students of Kelham’s quality at Ron Dearing UTC.

“His achievement shows how hard he has worked on his mathematical knowledge and the application of that to solve problems.

“His enthusiasm shines through and he is among an elite group of students who have been invited to the summer school from across the country.

“It will be an opportunity for Kelham to meet with like-minded students, get a better view of future career possibilities and potentially look at new avenues of study he hasn’t considered before.”

Gold awards were secured by two Year 10 and three Year 11 students, including Kelham, and they all progress to the Pink Kangaroo round, a 60-minute, multiple-choice competition consisting of 25 problems.

Meanwhile, three Year 12 and one Year 13 student also competed in a Senior Team Challenge against other students from the local area in November 2019. Although they didn’t place, Lisa said they showed excellent teamwork and skill in solving complex mathematical problems.

Lisa added: “Our students have been entering the UKMT events for the last three years, but this year’s cohort really are exceptional, with five Intermediate students getting through to the next round.

“All problems set by the UKMT are calculated with only pen and paper, so strong numeracy skills are absolutely essential, which is something we have a real focus on as soon as students join us in Year 10.”