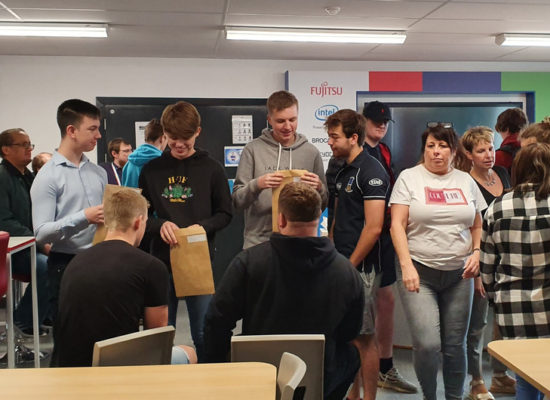 The first set of public results since the school opened its doors in 2017 have been revealed with 85 Year 13 students excitedly arriving at the school today to find out their grades.

The school achieved a 100% pass rate, with 25% of all grades being A or A* and 70% of grades A*-C. The average grade achieved by the students is a B, compared to last year’s national average of C+, and 13 students achieved straight A* or A grades.

Students who achieved a Distinction* in Level 3 technical qualifications secured the equivalent of a grade A at A-level. These subjects have been identified by the school’s employer partners as the qualifications that would best equip them with the knowledge and skills they need for successful careers within the engineering, digital and creative sectors. 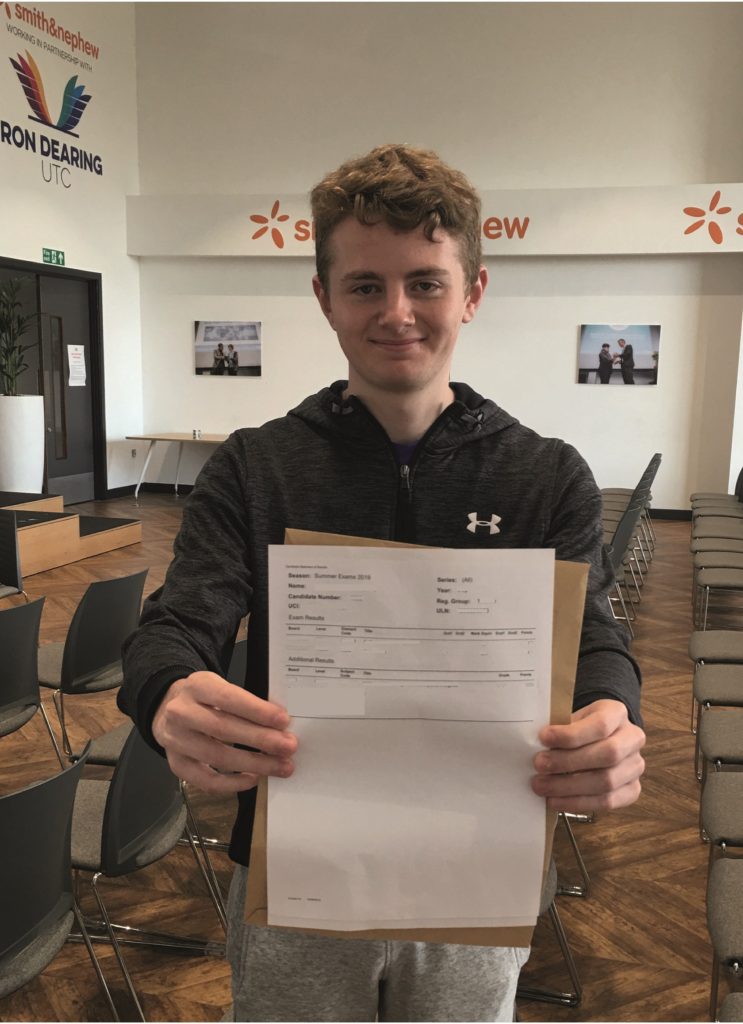 Joey Reybould, 18, who achieved an A* in A-level maths, an A in A-level further maths, and two Distinction*s in Engineering, will now to go on study maths at Durham University from September.

He said: “I’m very happy with my results. I don’t know what I was expecting, but I really hoped it would be these grades, so I’m relieved.

“My A-levels were challenging, to say the least. But as my teacher said, it’s not hard, it’s hard work.

“When you visit the employer partners and their businesses, you can see where maths comes in. I enjoy maths and enjoying it is what has helped me to get these results.

“The teachers have been great and I couldn’t have asked for any more.” 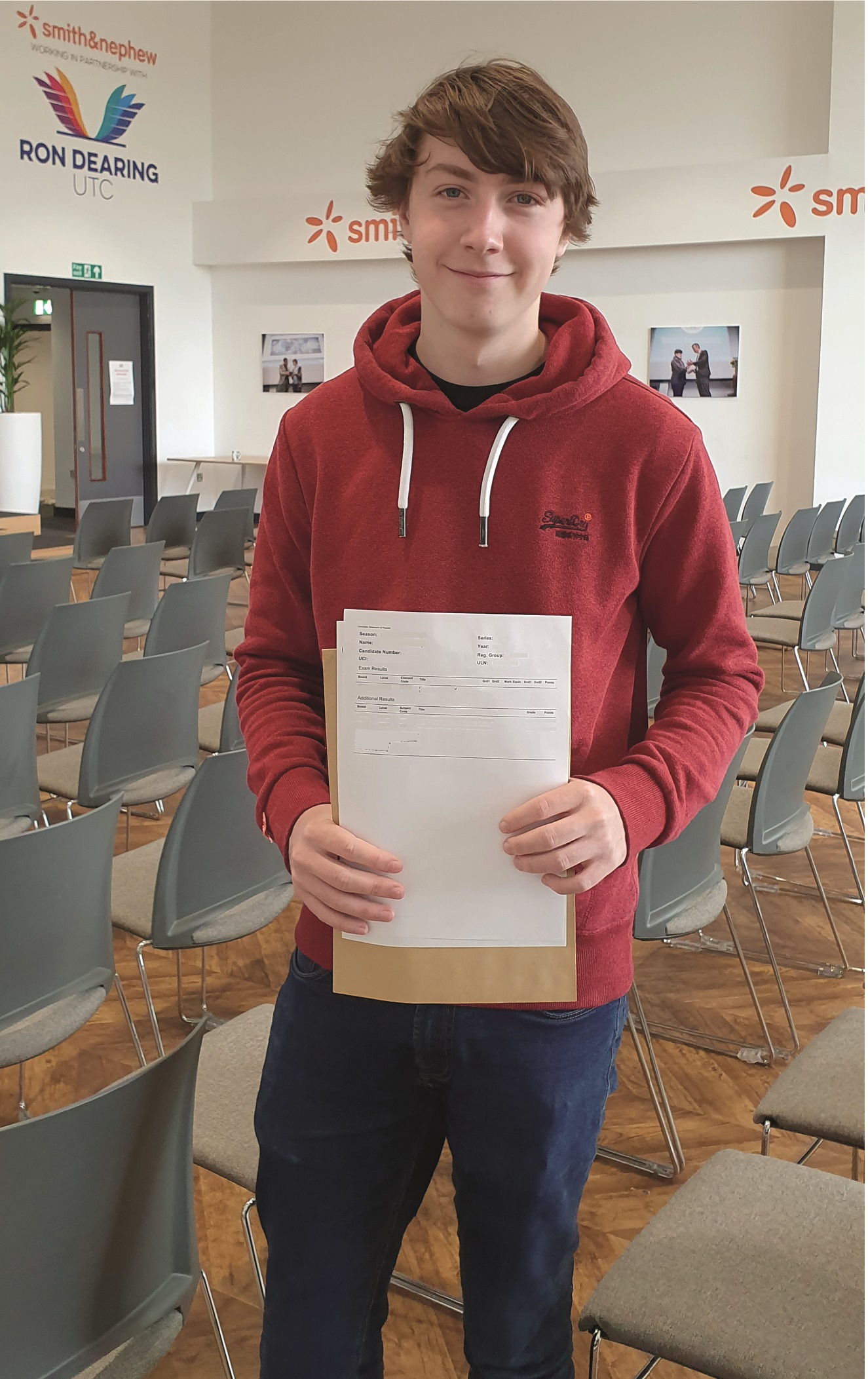 He is now looking forward to studying Computer Science with Games Programming at the University of Huddersfield.

Cameron said: “I was nervous in the run-up to results day. But I’ve worked really hard and I was expecting these results, so I’m really happy.

“There has been a lot of coursework, which I’ve enjoyed, and the teachers have been really supportive. I would definitely recommend Ron Dearing UTC to others.”

Matthew Hunter, also 18, beamed from ear to ear as he opened the envelope containing his results, securing a Distinction in Creative Media, as well as two Distinction*s in Engineering.

He is about to begin an engineering apprenticeship at Spencer Group, one of the school’s Founding Partners, with the ambition to become a Design Engineer in the future.

Matthew said: “I’m really looking forward to working at Spencer Group. Their apprenticeship appealed to me and I also enjoyed work experience there over the summer.

“Ron Dearing UTC has given me a lot of independence. The teachers get behind you and, if you put the work in, you will do well.”

Some of the Ron Dearing UTC students have already started their apprenticeships, with many more looking forward to joining their employers in September. 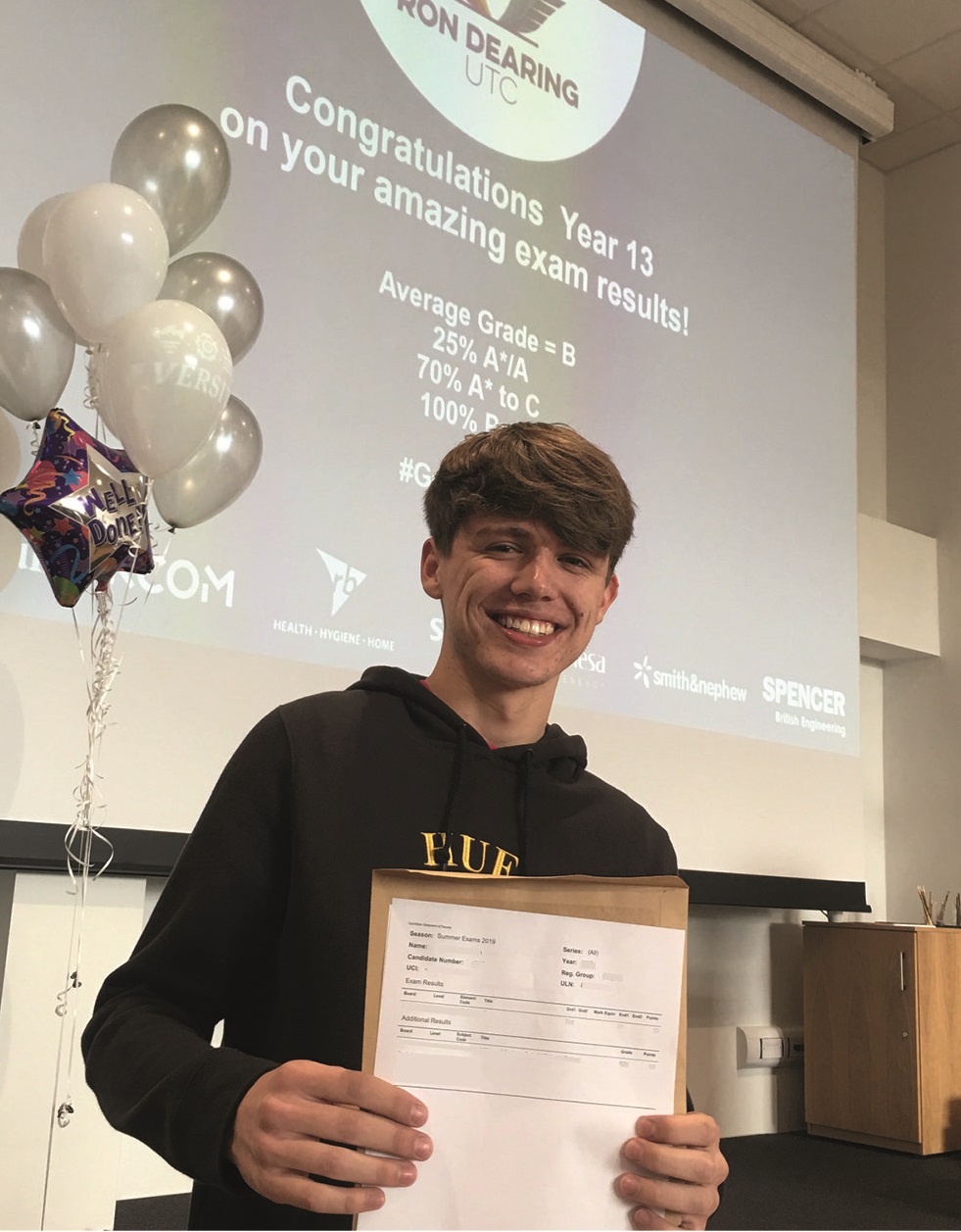 Oliver Wilkinson, 18, who achieved two Distinction*s in Engineering and a grade D in A-level physics, has also secured a Design Engineering apprenticeship at Spencer Group.

He said: “I’m really happy with my results. An apprenticeship is much more appealing to me than university because I can achieve a degree while doing my apprenticeship and Spencer Group specialises in what I want to do in the future.”

He said: “I’m so pleased with my results. Ron Dearing UTC was a new school when I started here and I believe it was the best decision for me.

“They even offered us free driving lessons and we have had opportunities which may not have been offered to us elsewhere.”

Jay Richards, 18, achieved three Distinctions in Computing and is now looking forward to starting an apprenticeship as a Systems Developer at Arco, the UK’s leading safety company and a Major Partner of Ron Dearing UTC.

Jay said: “I’m more of a hands-on, practical learner, which is why I decided to go down the apprenticeship route.

“The Arco apprenticeship means I’ll be able to work with and make software, which is what I want to do. I hoped for at least two Distinctions. To achieve three is fantastic.”