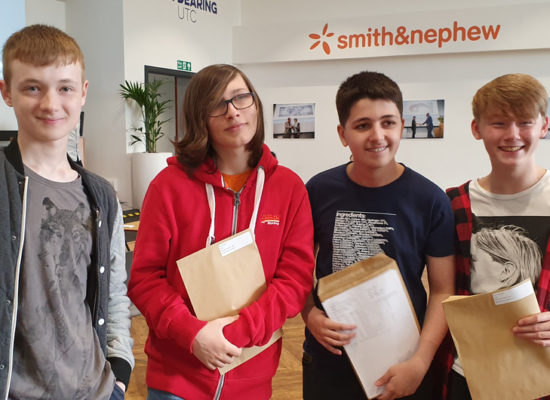 Students at Ron Dearing University Technical College (UTC) could not contain their excitement as they arrived to collect their GCSE results today.

Two years ago, the students and their parents made the big decision to leave their previous schools and join the new employer-led Ron Dearing UTC when it opened its doors in 2017.

Today, they excitedly made their way into the Hull city centre school to find out if their decision, hard work and determination had paid off – and it had!

Of the 116 Year 11 students, 102 achieved the entry criteria for a place in Ron Dearing UTC’s Sixth Form, leaving a limited number of places for external applicants available in Year 12 from September, while others have secured high-quality apprenticeships.

Principal Sarah Pashley and her team were on hand to guide and support the students as they eagerly opened the brown envelopes containing their results. 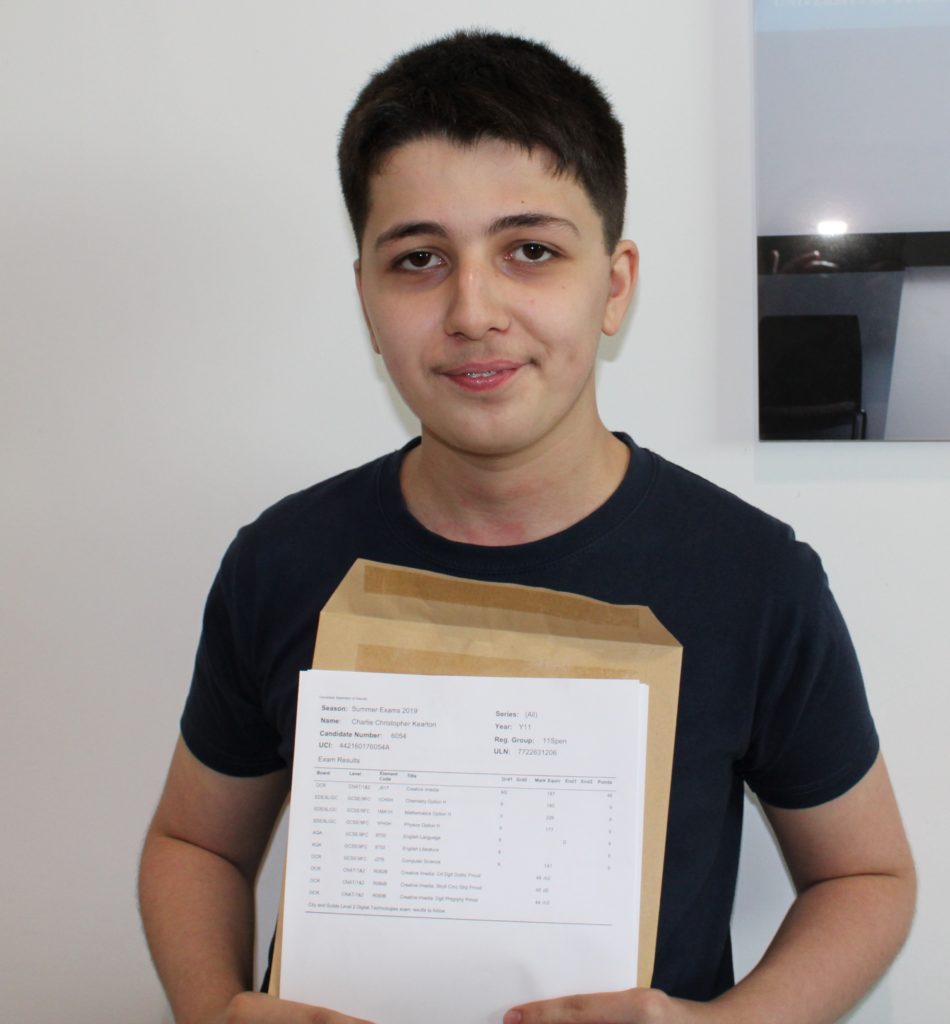 Charlie Kearton beamed from ear to ear as he discovered he had achieved six GCSEs and two technical qualifications, including grade 9 in Chemistry, Maths, Physics and Computer Science.

He will also move into the school’s Sixth Form to study A-level Maths, Further Maths, Physics and Computer Science.

Charlie, who hopes to work in software development and computer programming in the future, said: “I’m buzzing. I was so nervous and was counting down the hours until I could get my results.

“It was definitely worth coming to Ron Dearing UTC and I have loved every step of it. It has worked out very well for me.”

Molly Walker secured six GCSEs and two technical qualifications, including a grade 9 in Maths and a Distinction in Engineering Manufacturing.

She is now looking forward to returning to Ron Dearing UTC’s Sixth Form in September to study A-level Maths and Further Maths, as well as Creative iMedia.

Molly said: “I’m over the moon and couldn’t be happier. I did everything I could and my results show that.

“The teachers and staff have been amazing. They go the extra mile and give up their own time so students can get the grades they deserve.” 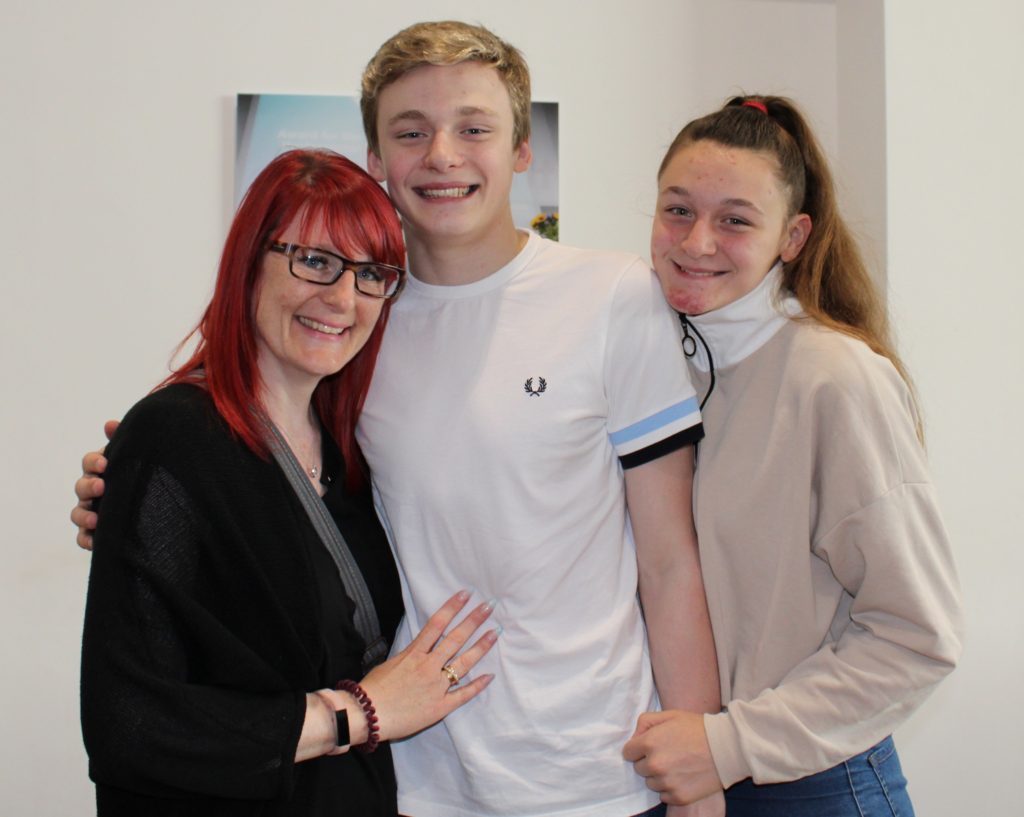 Carter Lees collected his results with his mum, Hayley Lees, by his side. He achieved six GCSEs, including grade 9 in Chemistry and grade 8 in Maths and Physics, and two technical qualifications, including a Distinction* in Engineering Design.

Carter, who hopes to eventually become an architect, said: “I’m coming back into the Sixth Form at Ron Dearing to study Maths, Physics and Engineering, and I’m considering taking Chemistry too because my grade was so good.

“I’m so happy with my results. Moving to Ron Dearing UTC has helped me to grow up and I love coming to school.”

Hayley, who had tears in her eyes as Carter revealed his outstanding results, said: “I’m so proud. Carter coming to Ron Dearing UTC is the best decision we ever made. When you change schools during your secondary school life, you wonder if you’re doing the right thing.

“There was nothing to confirm it was an amazing school at the time because it was new. But it has been fantastic and the staff treat the students as adults.” 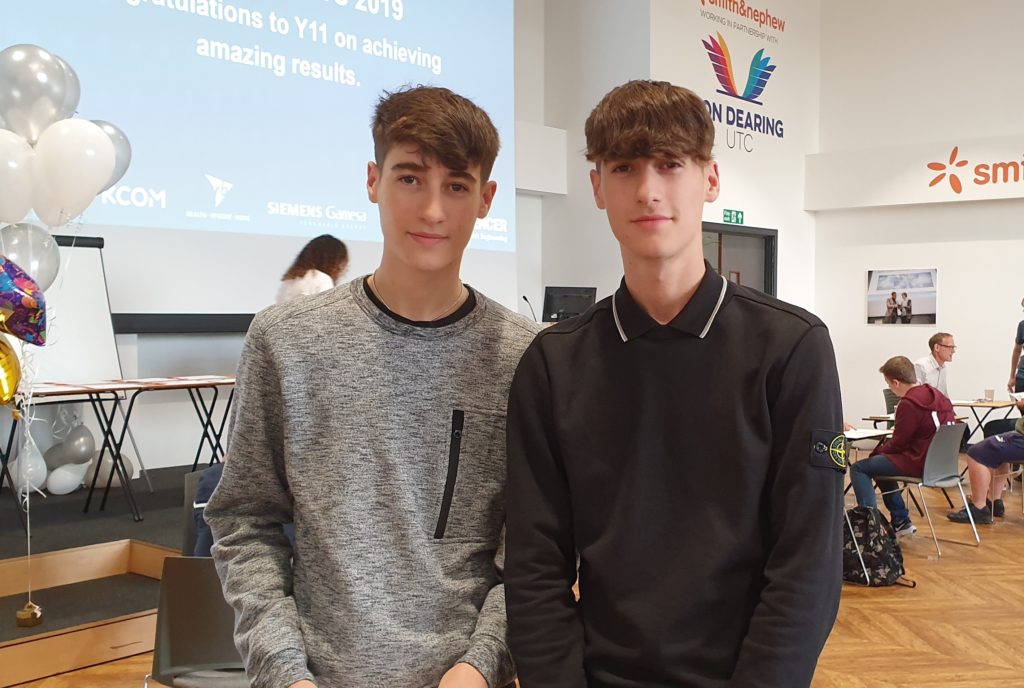 Meanwhile, it was a double celebration for twin brothers Tom and Olly O’Loughlin, 16, who also each achieved six GCSEs and two technical qualifications.

Tom secured a Distinction in Engineering Design and three grade 7s in Maths, Chemistry and Physics, and will now go into Ron Dearing UTC’s Sixth Form to study A-level Maths and Physics, as well as Engineering.

He said: “I’m really happy with my results. My old school was good, but it didn’t offer Engineering as an option, which I want for my career in Engineering Design. Ron Dearing UTC is a lot more practical and this is definitely the right path for me.”

Olly, who would also like a career in Engineering, achieved a Distinction in Engineering Design and a grade 7 in Maths, and will also go into the school’s Sixth Form to study Engineering and A-level Maths.

He said: “I was so nervous about receiving my results, but I’m very happy. Moving to Ron Dearing UTC offered a change and something different, and it’s paid off.”

Tom and Olly’s mum, Debbie O’Loughlin, watched with pride as her sons told of their hopes for the future.

Debbie said: “Tom and Olly were so sure about coming to Ron Dearing UTC from the first moment we heard about it. They have always been hands-on learners and this is the place for them.

“I’m so proud of them and so grateful to the school. We have got to know the staff like family and everyone is on first name terms.” 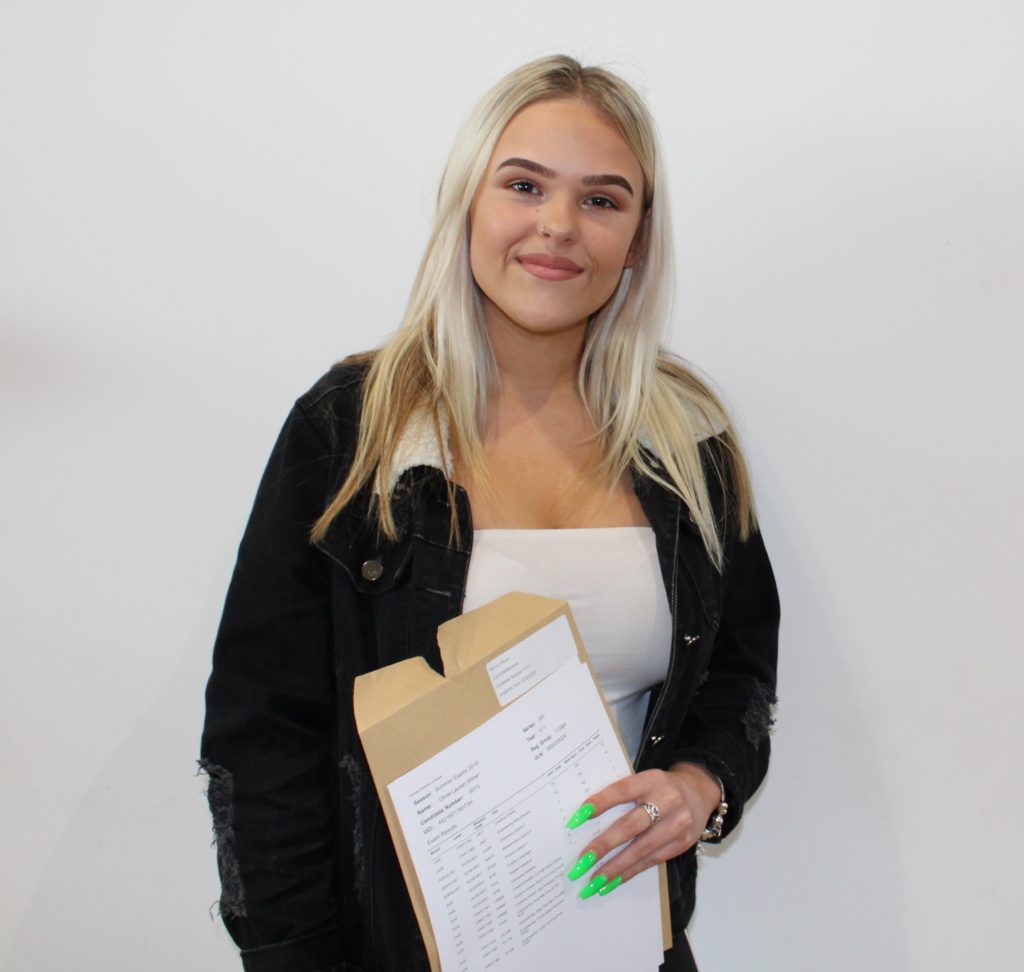 With her sights set on becoming an architect in the future, she will now study Creative iMedia, Art and Design, and Engineering Design in Ron Dearing UTC’s Sixth Form.

Olivia said: “I didn’t think I was going to pass everything, but I have. Ron Dearing has offered me more opportunities to complete Engineering courses and it’s very hands-on learning.”

Jacob Tevenan, 16, was another student smiling as the news of his achievements sunk in.

He achieved six GCSSEs and two technical qualifications, including a grade 9 in Maths, grade 8 in Physics and Chemistry, and grade 7 in Computer Science.

“It’s a cliché, but you feel like part of a family at Ron Dearing UTC and it’s really tight-knit. Everyone is approachable and it’s a relaxed but professional environment. If you work hard, you do well.” 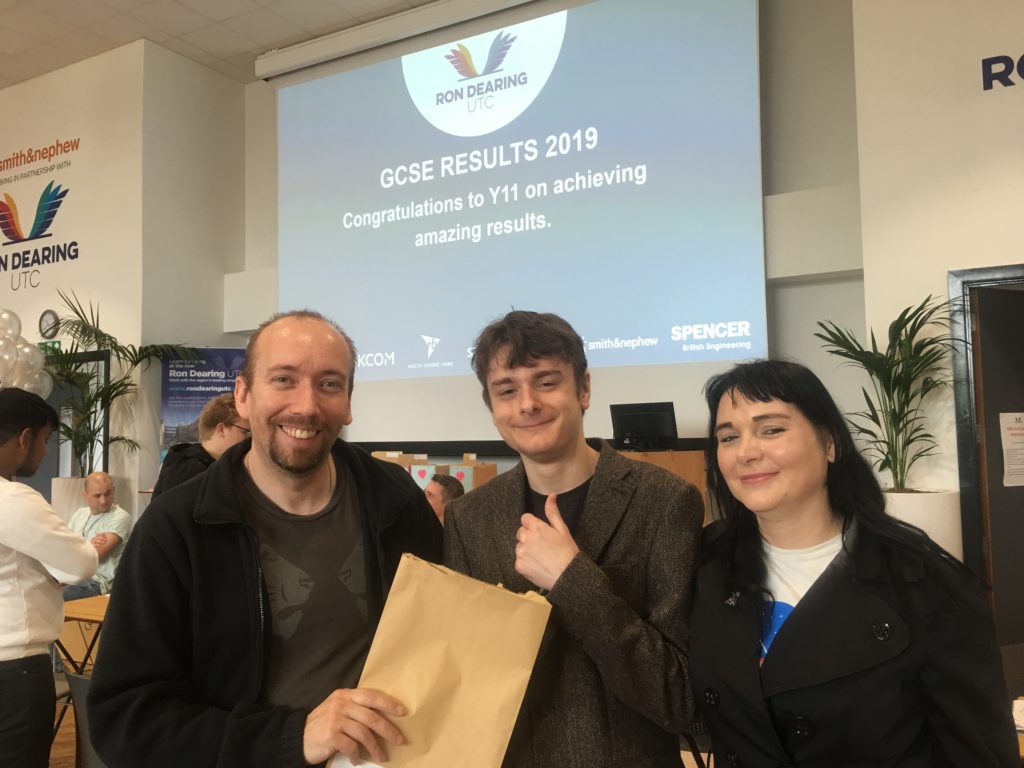 Xander Topliss-Yates’ excellent results included a grade 7 in Chemistry and 6 in Maths and Physics and he’s now moving on to Sixth Form, to study Triple Computer Science.

He said: “I’m very happy with my results and I’m looking forward to Sixth Form because of the experience I’ve had at the school so far. Hopefully it will be as good or even better.”

His mum Tricia Boulton said: “The teachers here have been so supportive – they’ve been amazing and have helped Xander every step of the way.

“The difference in Xander has been incredible. He didn’t want to go to school at his previous school. Here he has made a new set of friends and he’s much happier at home because he’s happy at school.”